This morning I followed some Facebook link to a “funny” article categorizing expat types found in China. One description was of a type of teacher who sought the overseas teaching lifestyle as an opportunity to write a script or engage in some similar solitary artistic pursuit. The profile stated that such a bird could be found in the cafe staring into their MacBook. Inspired by or in defiance of the satire implied by anyone who thinks they have your number, I now address you from the Con ếch Xanh Cafe on Duong Pham Ngoc Tach, District 3, Ho Chi Minh City. I’m barefoot, sitting on a pillow, drinking iced tea, coffee with condensed milk, and also have next to me a coconut with a straw in it. In front of me is a 3 year old MacBook I recently picked up for a relative bargain, to replace my 7 year old powerbook. What brought me to such a place, where I could exist both as a cliché, and a … how to say..? Something with a slim chance of not being a cliché.

I think turning 40 had maybe more to do with it then all the economic reasons cited below. It made me wonder what I had accomplished in my life. It made me want to go. (The pull of Viet Nam is another story indeed). I gave my life as hard a look as I could and the hardness of this gaze somehow also made me soften my reactions. What I discovered wasn’t as bad as I thought, but there was much work to do, as I had assumed all along. In all honesty I had been struggling sincerely to be uniquely productive since I was a teenager, and before being so motivated I hadn’t had a bad track record either. I guess the problem that I and probably many had is that the advent of this conviction to be industrious with my life came about in tandem with a force that sat its hulking inertial body right in the middle of everything and refused to budge. Philosophically, I can identify this force as ‘self-absorption’ though perhaps it is more than that, forces that prey on self-absorption. People have different standards of productivity of course, and different ideas of what is a suitable product. All the same I have gained some admiration for those who found paths of endeavor outside the typical malaise of artistic youth. They couldn’t have all been suckers.

Nevertheless, strengthening my gaze and accepting my fate means that I just have to write more, and follow other such pursuits more earnestly. I don’t think I have been slacking, per se, but my system is and always will be in need of further refinement, as better results are mandatory.

I have a lot of different projects I am currently working on. They all seem necessary to me, but at times having a lot of projects seems to be the perfect way to arrange that not too much work gets done on any one of them. 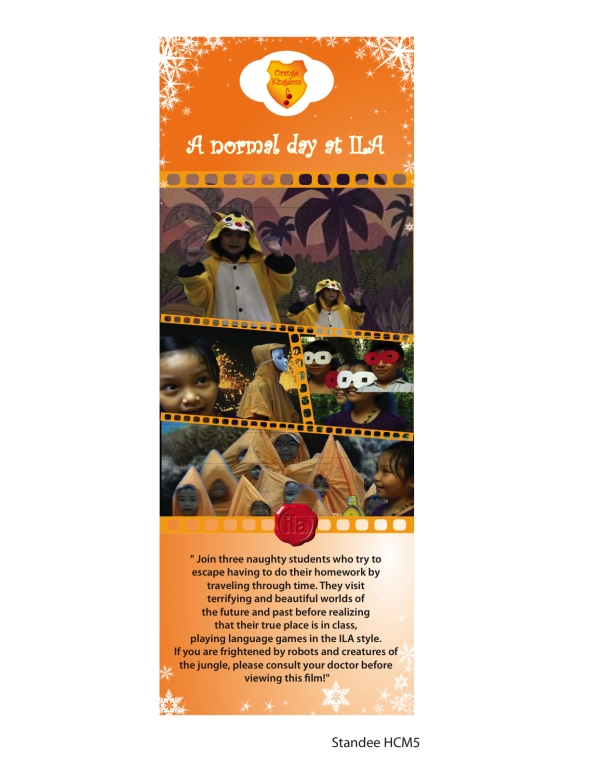 Something that I just finished is a film here in Saigon using my students as the actors. It’s just meant to be crazy fun – a salute to the antics they get up to as youngsters. It was part of a holiday competition at my workplace that I shot while teaching. I meant it more as a record of my experiences and was shooting for a wider audience than the ballroom at the Christmas party. Although this made it less than competitive in that context, and perhaps not a career starter in a commercial context either, I’ve watched it again and again and showed it to friends back home who seemed to wholeheartedly endorse it. See for yourself:

I have also been working on an interview and profile of the first hardcore punk band to emerge in my hometown. 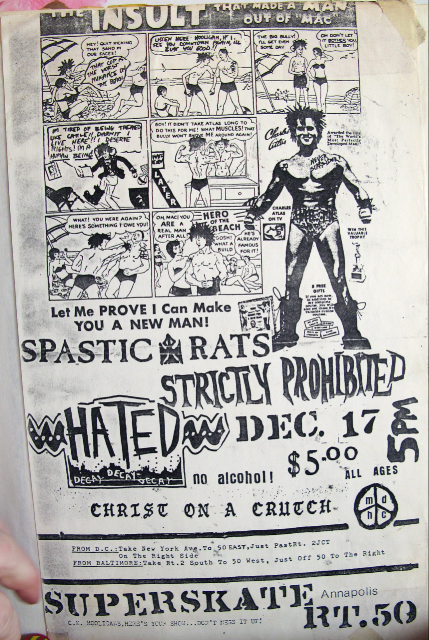 The guys in the band have been enthusiastic about the project and participated to an extent, but email interviews more or less require too much of people who otherwise aren’t intending to write their memoirs. Nonetheless we’ve had some interesting conversations; the next stage of the project is to arrange interviews in front of a camera, where recollections can be freer. The work so far has been collected in two web-sites: http://spasticrats.wordpress.com/ and http://spasticrats.com/ 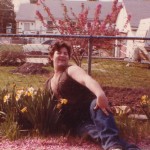 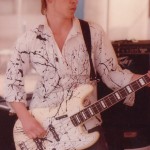 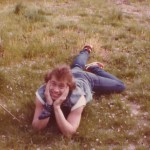 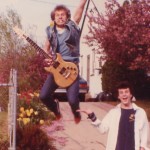 The project for me is an opportunity to do some journalism, as well as personally recollect some interesting times in my own life, as I was a participant in the era, and in the second hardcore punk band to emerge in my hometown. It was an exciting and vibrant experience, but telling it as a story is a challenge, for it can always be said of social phenomena that either you get it or you don’t. Looking back on it, in the broadest sense, I’m not even sure that I get it. Of course there are many who have never even heard of it.

I think that it was more of a social movement than a musical one, though the two are interlocked, perhaps always, as it takes people to make music. Music has always been a linking social force. The act was to take up the available musical instruments typically used for Rock, and creating some participatory context unlike anything before (though an intrepid and dedicated musicologist could stretch some connections). Musically, the drive was to reach a breaking point, away from all music, provoking the typical response, to question whether it was music at all that was being produced. The rule was to be loud and fast, which in the context of the era created the exact sensation that the phenomena was in fact just noise- even to the kids who exulted in it. Upon multiple listens, patterns could be discerned, unlocking the code and providing the discourse for the initiated. Perhaps garage bands were nothing new in America circa 1980 and perhaps some new form of Rock that others called noise was nothing new either. Indeed it was not. So it follows that what they may have been responding to was not new either, and indeed it was not.

So the music provided a forum for a secret discourse to be carried out in the open, defiantly. What need was there for such a social response? My answer would differ from almost any other answer and not be unique at the same time. It is the nature of such breaking point exercises that the meaning is almost always personal, though it can be shared, and exercised communally. The fanzine magazines at the time were awash in ink debating the meaning of Punk. Somehow I doubt that this ritual has abated just because I canceled my subscription in 1986.

But I will not hesitate to present my own interpretation. I would point to the perennial disappointment the West breeds when it promises freedom and delivers it as if it can be extracted from a foreign enemy. American cultural life is constantly impacted and imprinted by its foreign policy, which is imperial in nature. At times this is clearer than at others but consider this: What serious viewer of American film cannot see the shadow of the Cold War cast in black and white celluloid? Who cannot hear the Vietnam War enacting its conflicts inside the hazy chamber of psychedelic rock?

Hardcore was, I believe, a final cultural response to the tail-end of the Cold War exemplified by the figure of Ronald Reagan, his presidency, and the Reagan Doctrine. The Reagan Doctrine called for the rollback rather than containment of traditional Cold War enemies. The Reagan presidency was used to secretly fund militias in Central America and Afghanistan without the authorization of Congress, and thus the American people. This continuation of a foreign policy with deadly impact separated from any domestic popular control or oversight, politically speaking provoked the artistic community and other cultural arbiters, typically those most unaffiliated with any prior actions, to create an appearance of political involvement and agitation. An inclusive communal experience that had the appearance of anything but inclusivity. It seemed hyper-political, but was it really? It had a potent social charge, sometimes provoking violent confrontation and typically, usually, always providing a spectacle of confrontation. People in the streets often took notice of these kids and the reaction often was not one of approval. Seeking disapproval was in fact a driving force behind many stances and actions performed under the rubric of ‘being hardcore’. Am I saying that hardcore kids were politically aware dissidents? Not exactly. Self-images and focuses and concerns varied within the movement. The Hardcore scene internally covered a spectrum of left and right stances. Even the skinhead movement (typically seen as working-class Right) could be politically indecipherable at times. Consider Lefty- a well known skin in the D.C. scene when I was there, and an African-American female. Anyone with any passing familiarity with the skinhead movement will tell you that being a black woman is not the usual starting point for the genesis into a ‘skin’, but then again Lefty was not entirely unique either. I, at least noticed many skins of color in the Chicago scene in the mid to late eighties, and no doubt other notable examples are documented. Skins emerged as a subset of the total scene and as discussed, had a tendency to categorize themselves even further. Practically anyone could elect to membership in fact, and this is attested to by the wide range of ages and social classes that mingled in church basements, shacks on the edge of town, nightclubs, and other such establishments that served as housing, meeting places, and venues for musical performances. A full taxonomy of all who were there would be an exhausting if not impossible task, though the principle of ‘why not?’ has inspired books such as American Hardcore: A Tribal History by Steven Blush which soundly demonstrates the primal nature of the impulses behind the activity. The thing that united all, I believe, in this spectrum was the adoption of such cryptic fronts. The rule was to not fit in, to be misunderstood, to not be pegged, and in so doing, finding the freedom to act, and to participate in a context of acceptance. Thus the political landscape that I cited as the context does not define this movement as political as a rule, only motivated to point at such context and declare- NOT ME! The ensuing stance could well be wholly political or equally apolitical, yet always political at its edge, in its self-definition as a separate body from the imperial mainstream. I interacted in my own way with those around me and I hope to examine and tell some of these stories with further work on this project. Here is a flyer I took off a pole in the Georgetown section of Washington D.C. in the early 80’s when I was just beginning to circle into this whole phenomena. Notice the cold war imagery of homogeneous conformity giving way to a more chaotic phantasmagorical existence: 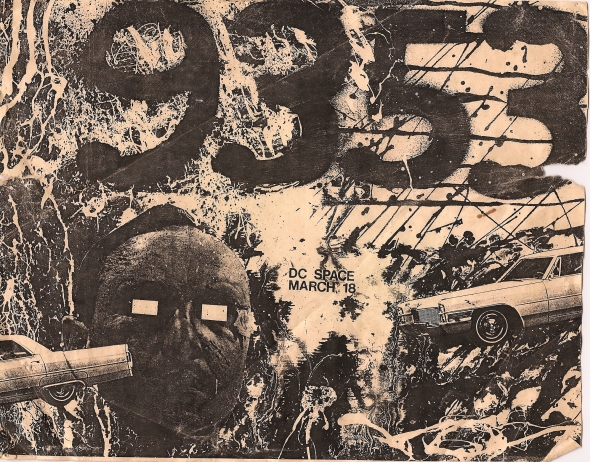 This entry was posted on January 17, 2011 by Andrew. It was filed under Uncategorized . 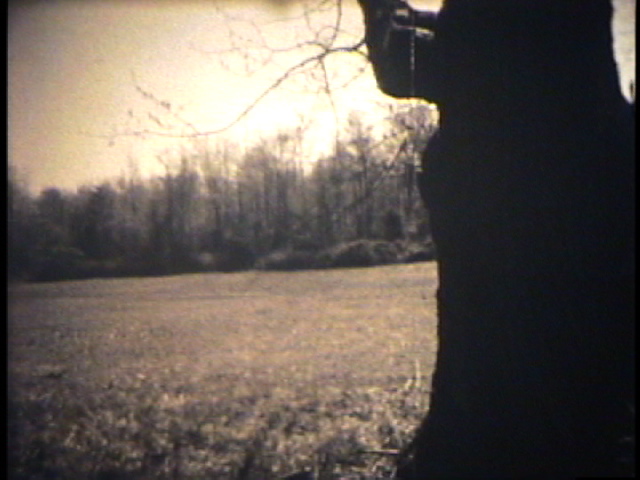 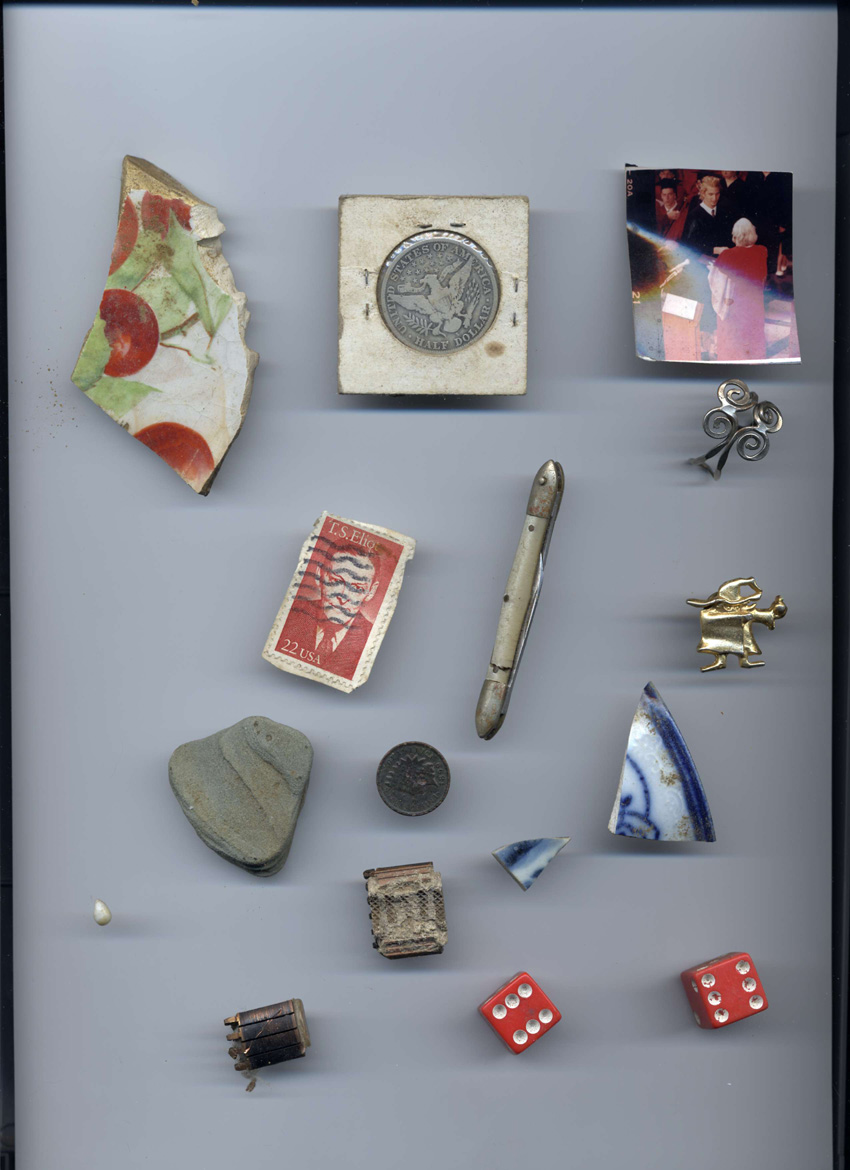 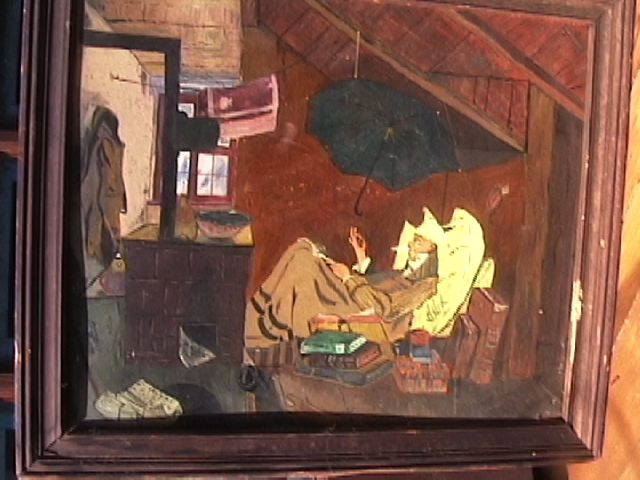 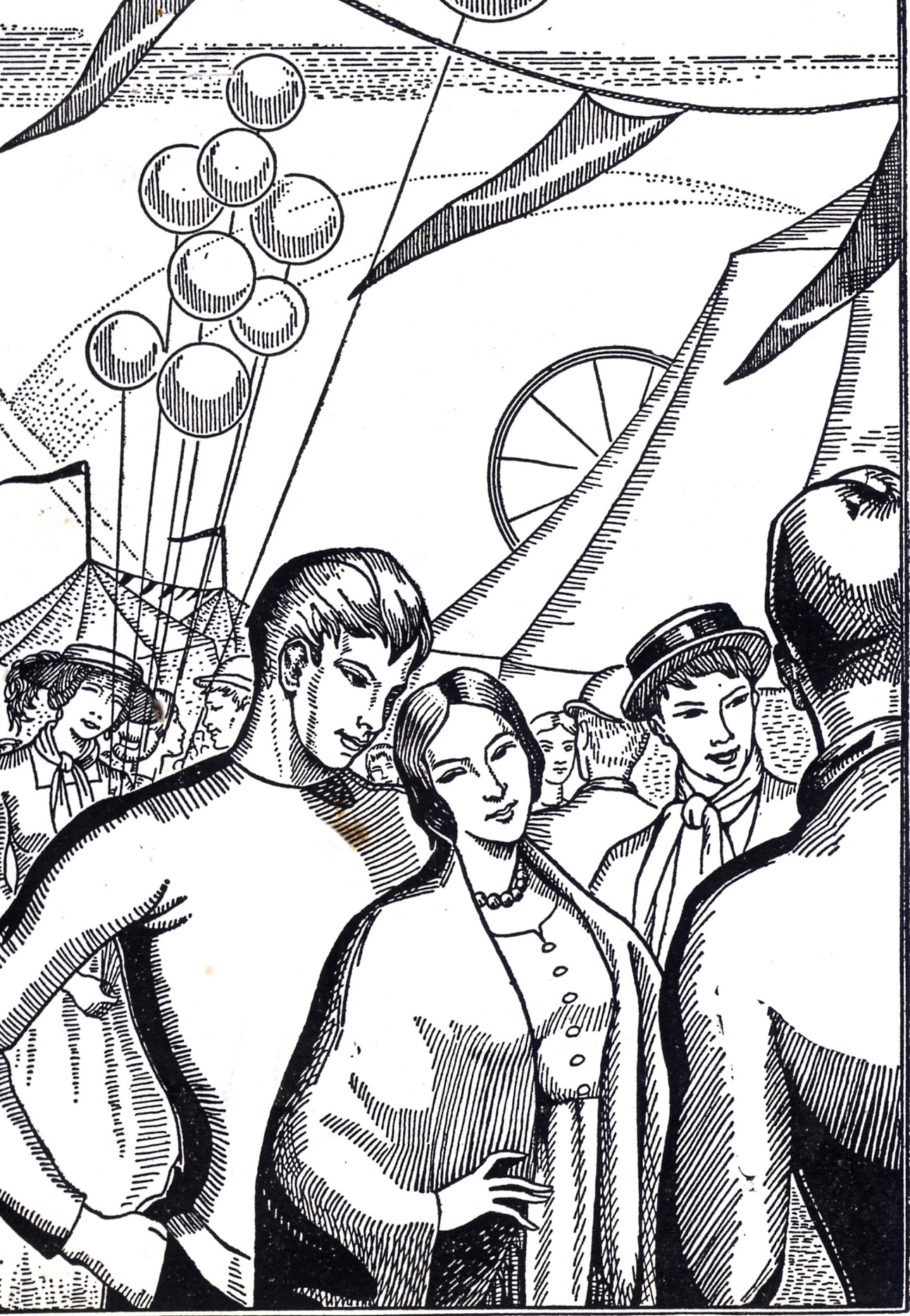 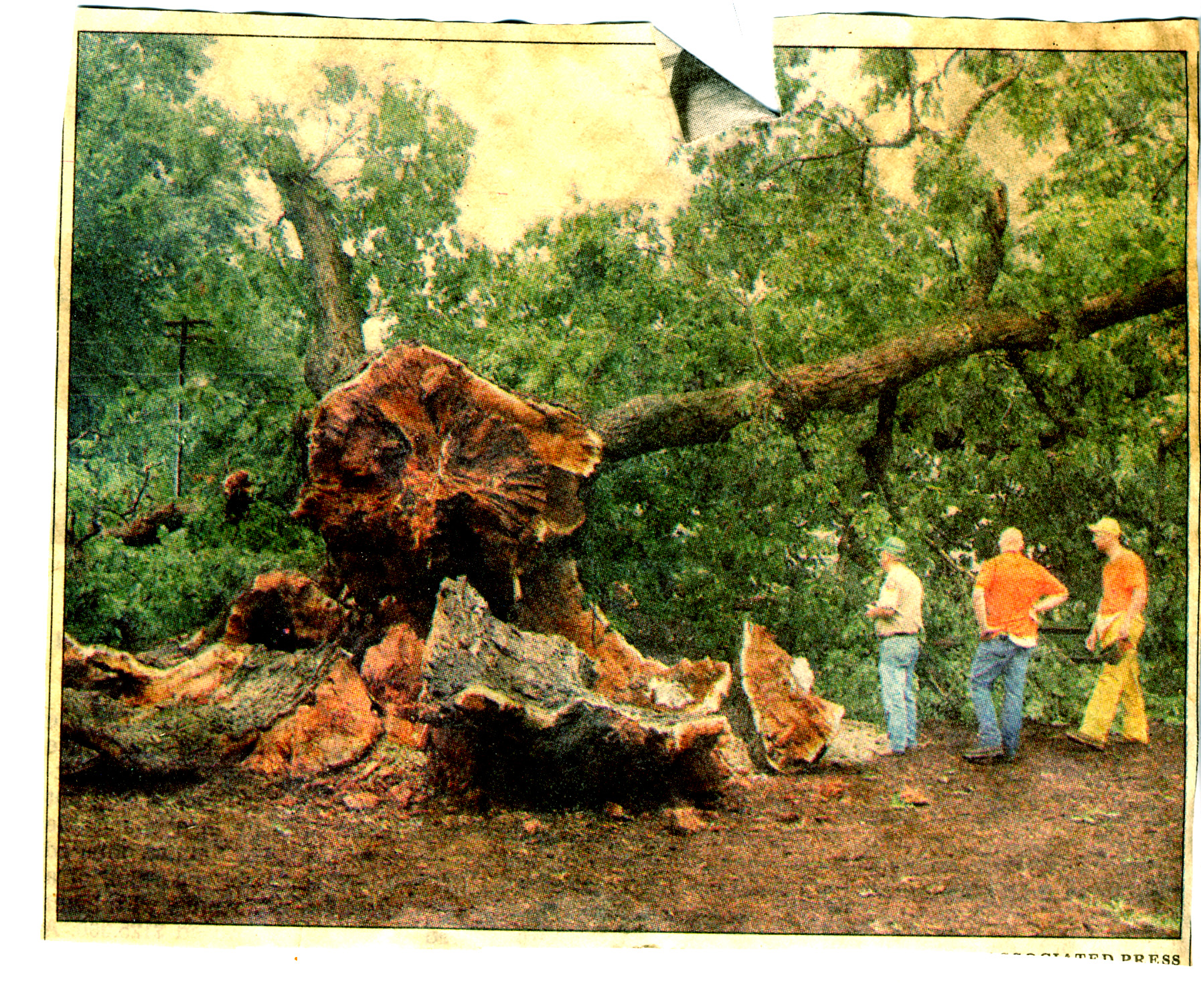 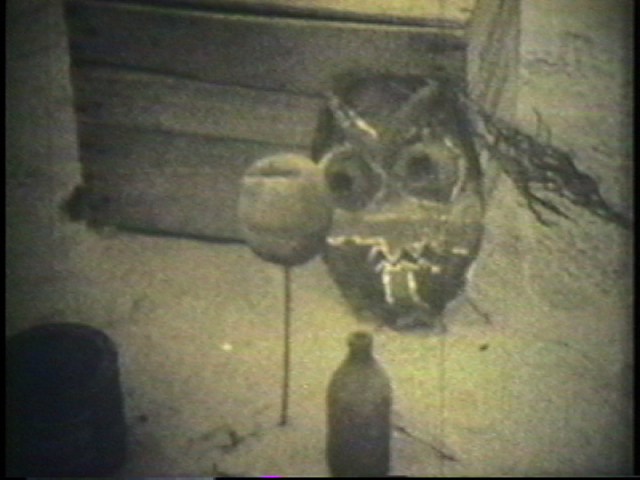 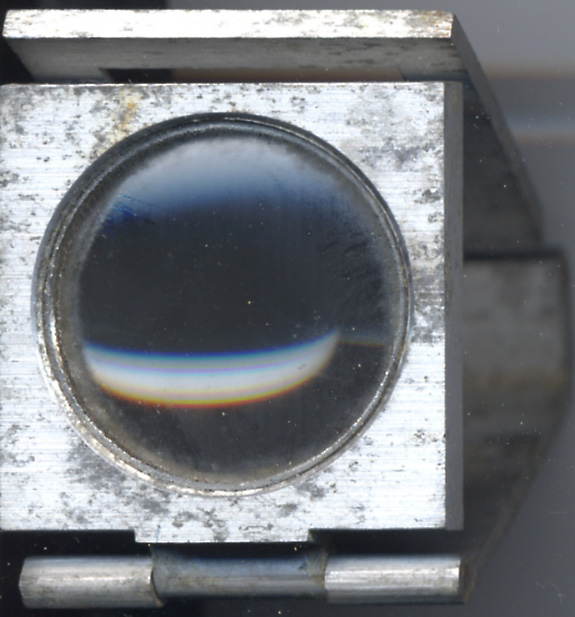 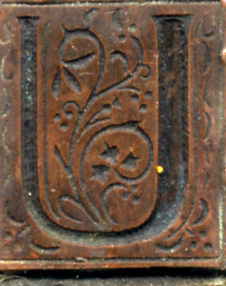 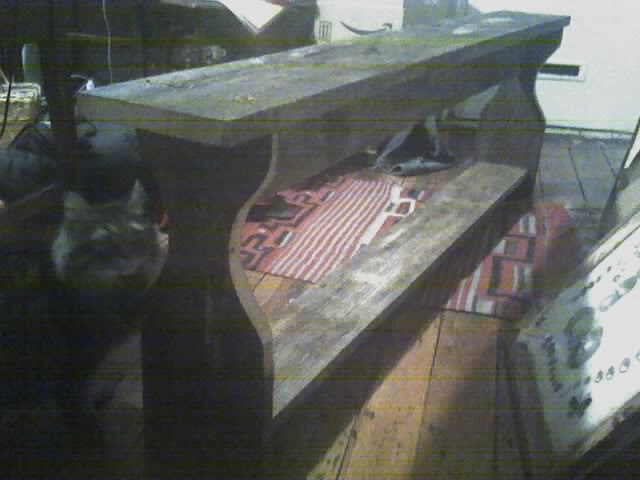 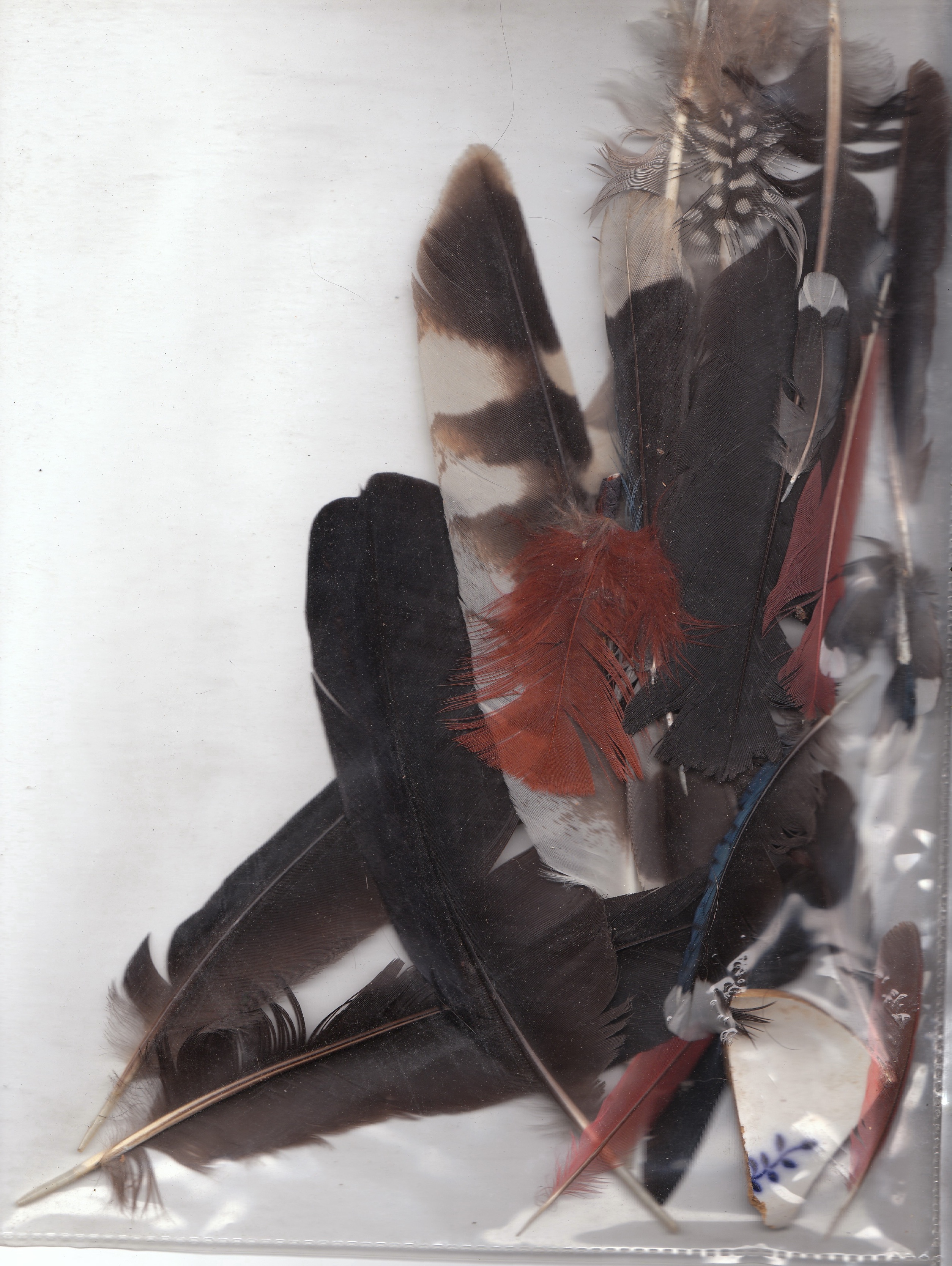 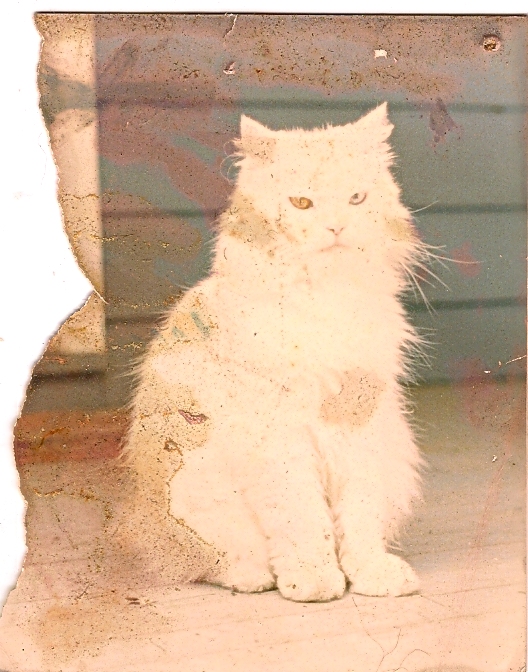 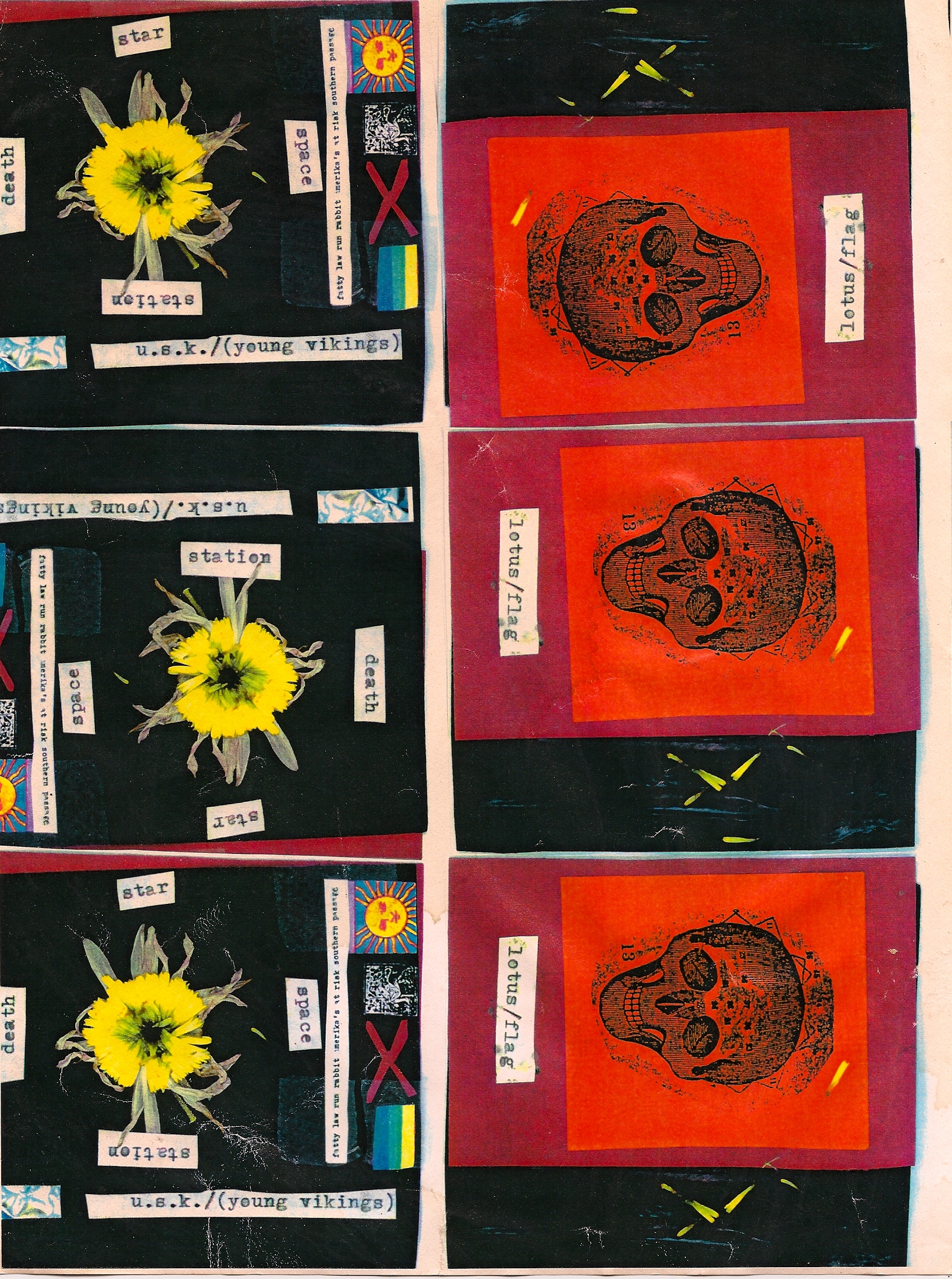 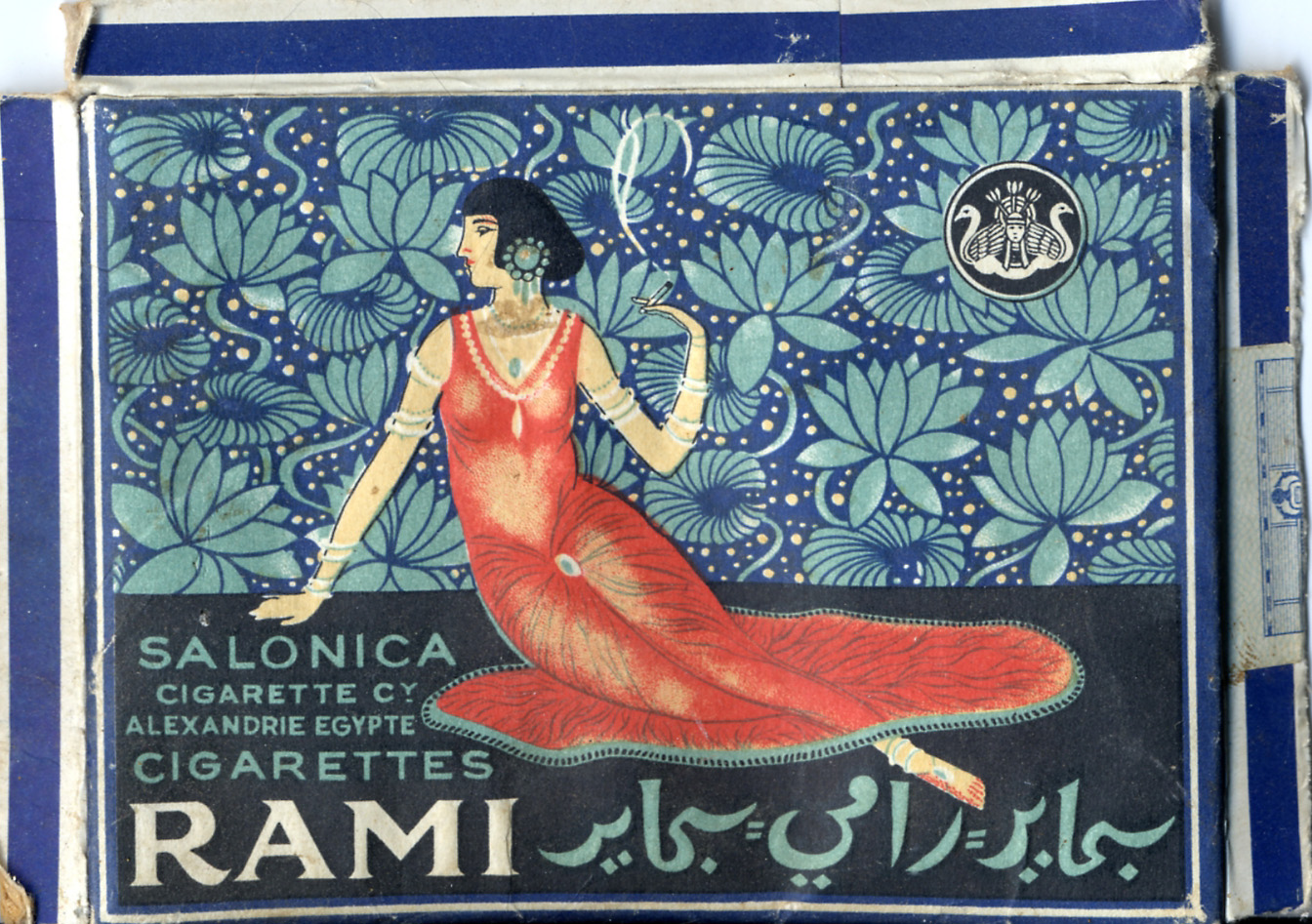 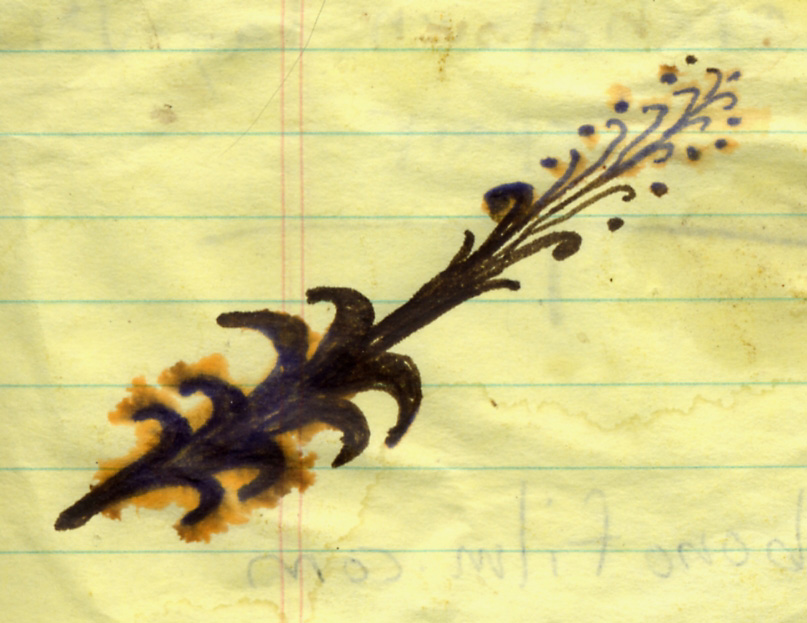 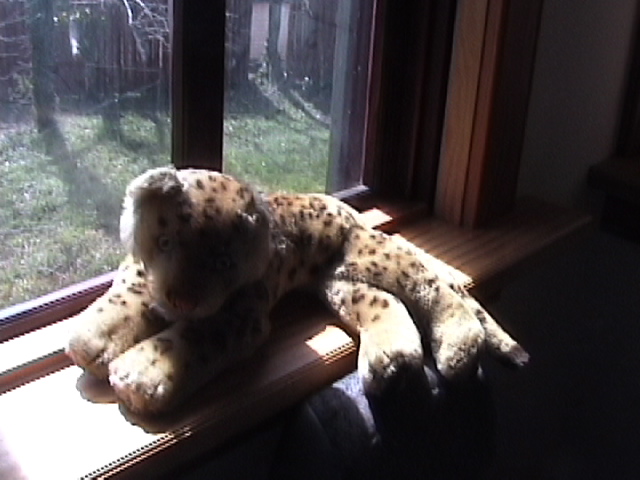 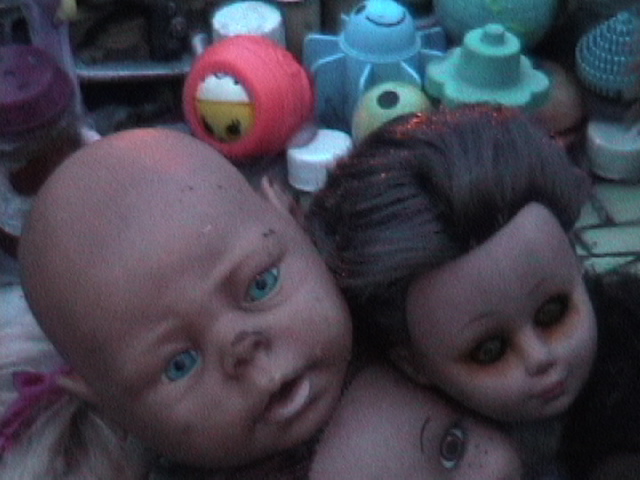 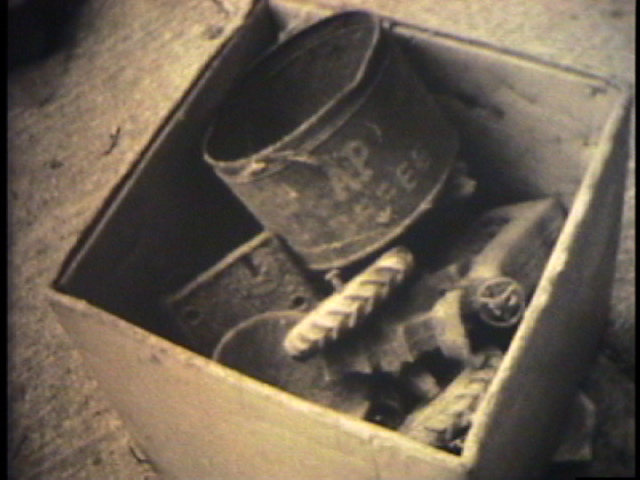 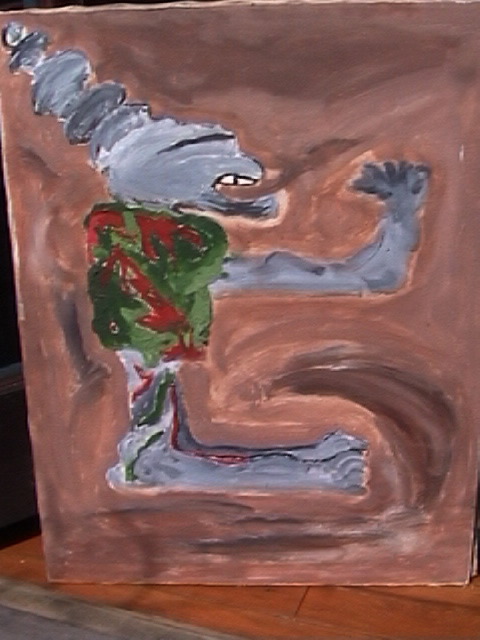 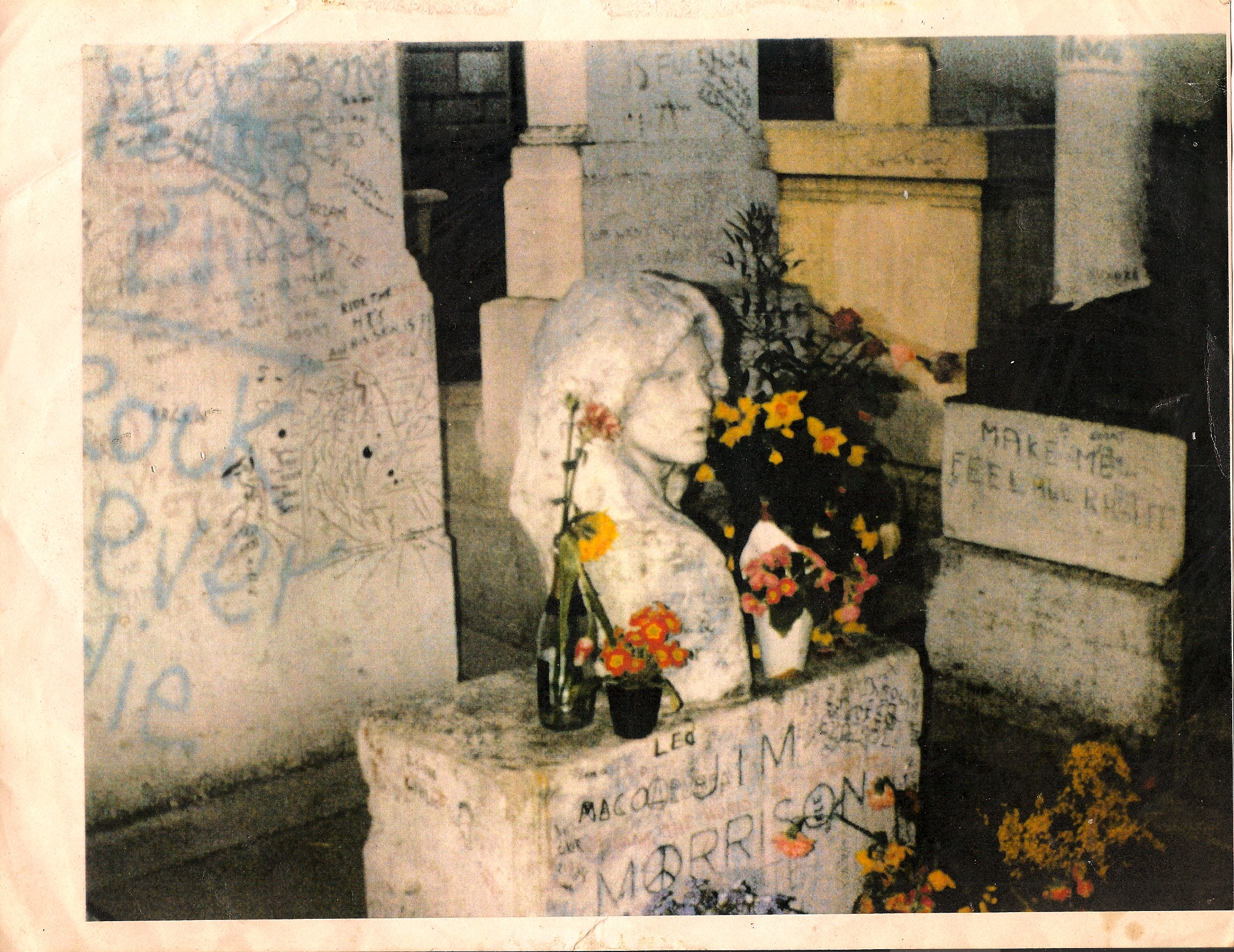 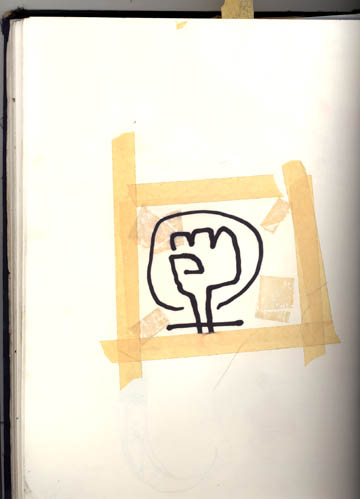 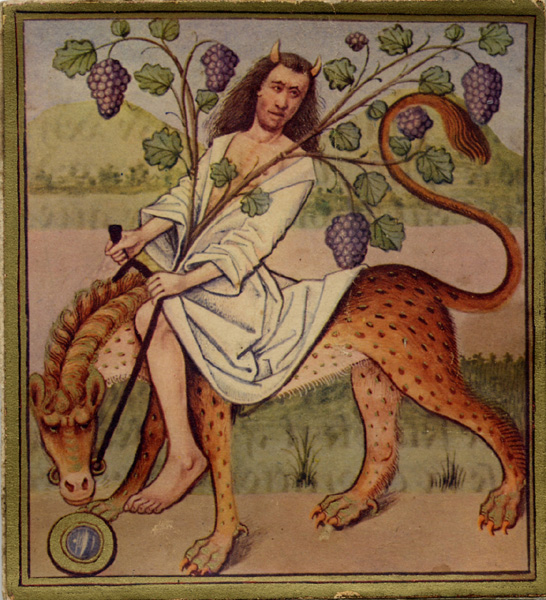 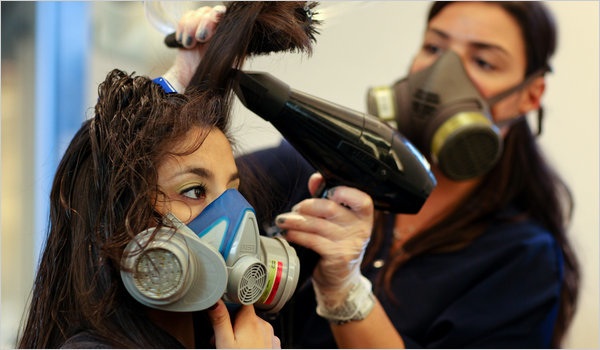